For the past week I have been in Ukraine to work with Calvary Chapel churches here. On Friday and Saturday Mike Payne and I spoke at the CC Ukraine leaders conference in Irpin, near Kyiv.

I taught on discipleship pathways and leadership pipelines, and Mike spoke on leading in a supporting role. There were also a few Q&A sessions where leaders from different churches were able to ask questions about things they are facing or are curious about.

On Saturday evening, after the conference, Mike went to Ternopil in western Ukraine, while I took a train to Kharkiv in eastern Ukraine, and we both spoke at churches in these cities on Sunday.

The pastor of Calvary Chapel in Kharkiv, Victor, contracted measles and got very sick, to the point where his life may have been in danger. He is doing better now, but is still under quarantine. I spent the weekend with the assistant pastor, Nate, who also leads a ministry called Fostering Hope, which provides a home and family for several children. To find out more about Fostering Hope Ukraine, click here.

I am currently on my way back to Kyiv for a series of meetings tomorrow, and after that I will head to Budapest on Wednesday, where I will speak at Golgota Budapest and then spend a day in Eger, where my wife and I lived for 7 years and planted a church. On Friday I will be heading back to the US, just in time to preach on Sunday at White Fields.

God is continuing to do a great work here in Ukraine through these churches. Pray for them as they plan to plant new churches in Kyiv and develop a Leaders Training Program in Kharkiv.

“It’s an all-too-common phenomenon in churches. A church member stops showing up on Sunday mornings. A few weeks pass, and then a few months, before someone notices.”

This past November, on our annual elders retreat, the elders of White Fields Community Church read Jeremie Rinne’s book Church Elders, which is part of the 9 Marks series. Jeremy brings up an interesting point:

What if, instead of “falling through the cracks,” we use a different image: “straying from the flock.” That picture seems more fitting for at least two reasons. First, “straying” implies that a disconnected church member bears a personal responsibility to stay involved with the congregation. Sheep don’t ordinarily leave a flock by inadvertently plummeting into a void. They wander away over time through a series of choices.

Second, the image of straying sheep also suggests that someone should keep watch over the flock and take action when a sheep begins to meander away. Yes, each member has a personal responsibility not to roam, but all church members have a duty to watch out for one another. However, one group in particular has an obligation to be on the lookout for straying sheep: the elders.

Elders watch to make sure that no “wolves” infiltrate their congregations with false teaching. But elders also keep watch for unwanted movement in the other direction: members straying away from the flock and from the Lord. This is part of basic shepherding work. Shepherds feed the sheep, guard them from predators, and keep track of them.’

He goes on to point out something interesting from Ezekiel:

‘Ezekiel prophesied against Israel’s leaders by accusing them of negligent shepherding: “Woe to the shepherds of Israel, who have been feeding themselves! Shouldn’t the shepherds feed their flock?” (Ezek. 34:2). And what was one of the ways they failed to shepherd? “You have not . . . brought back the strays, or sought the lost” (v. 4). As a result, “My flock went astray on all the mountains and every high hill. They were scattered over the whole face of the earth, and there was no one searching or seeking for them” (v. 6).’

Jesus, in contrast, is the “good shepherd” who leaves the 99 to pursue the one wayward sheep, something which is indeed “reckless” from a business perspective (and this is exactly what the lyrics of Cory Ashbury’s song “Reckless Love” come from).

The difficult balance from a church leader’s perspective is how to be a good shepherd under Jesus, and being overbearing. May God give us wisdom and grace as we seek to do His work!

On my way home from church on Sunday I saw a Facebook message saying that the pastor of the largest church in the movement I’ve long been associated with had resigned due to moral failure.

I hate hearing this kind of stuff.

Over the last several days I have seen tons of posts on social media from other pastors about this pastor’s fall. I understand that they want to address what’s going on. I understand that they are upset and want to talk about it. I’m not sure if we should be posting that kind of news everywhere though. At what point is it just gossip? Gossip is still gossip if you present it as a “prayer request”. Isn’t it spreading sensational news about someone else’s junk that really has no bearing on us personally?

I opened the CNN app on my iPad on Monday, only to see an article on the front page about this pastor’s moral failure and resignation. Great – more fuel for those who are always looking for fodder against Christianity and the Church.

I’m upset that someone in that man’s position would risk his legacy, his family and the reputation of the Church of Jesus Christ for some fleeting moments of pleasure.

I am sad for his wife and kids who have to go through all of this in the public eye. I am concerned for that church, and pray that the people who attend there will have the maturity to walk through this process as a body, faithful to the heart and will of God.

I am glad to see that high moral standards are upheld, and exceptions aren’t made for someone because they are gifted, talented and popular. Personally, I loved listening to that man teach. He is truly a gifted communicator. I heard someone put it this way: “David kills Goliath no matter how you read the story, but some teachers are able to make the story come alive – whereas other teachers make you wish someone would hit you in the head with a stone and put you out of your misery.” This man is a great teacher. But I am glad that his skill and celebrity were not used as an excuse for making an exception to the rules for him when it comes to moral standards for those who will serve as leaders in the God’s church.

This situation is one more sober warning for Christians, and especially for those of us in leadership and ministry, that we must watch over our hearts with all dilligence, because it is from the overflow of our hearts that our actions proceed. 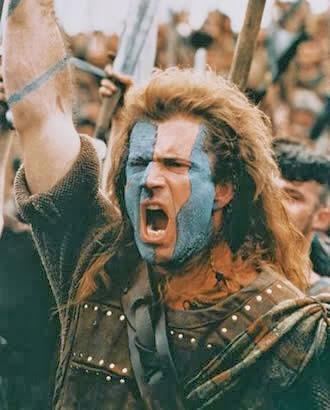 Here are some quotes from Nelson Mandela, who died today at age 95.

It is better to lead from behind and to put others in front, especially when you celebrate victory, when nice things occur. You take the front line when there is danger. Then people will appreciate your leadership.

There is no passion to be found playing small – in settling for a life that is less than the one you are capable of living.

About 2 months ago I got invited to a pastors’ lunch up in Berthoud. There were about 12 of us there from different churches in Northern Colorado – I was the only one from Longmont. There was a guest speaker, Ray, who pastors a large church in Sacramento.

I’ve been to these kinds of meetings before – but this one was different, because Ray asked a question that I wasn’t expecting:

“What is the best thing happening at your church?”

That was the question which he opened the meeting with, and it caught me off guard! I had expected Ray to talk about the great things that he is doing, or to ask: ‘what needs to change at your church?’ – but I wasn’t ready for that question: “What is the BEST thing happening at your church?”

It seems that the other pastors in the room were caught off guard by it too, because many of them didn’t know what to say. Quickly though, momentum picked up and everyone had plenty to say on that topic – including me.

I have found this concept to be so freeing, so invigorating and exciting and so vision-focusing – not only when it comes to visioneering for church, but when it comes to life and who God has called me to be.
The essence is: Who is it that God has uniquely gifted and called you to be? What is that niche that God has created you for and called you to?  You can’t be everything – but you can be something, and if you learn to focus on being and doing what God has uniquely called and gifted you to do and be, then you will thrive, and it won’t be contrived, it won’t be a burden – it will feel like you just stepped into the fast-current on the lazy river ride at the water park, rather than being stuck in the whirlpool.

This is important when it comes to church, because the fact is that there are other churches out there. And there are many churches that are doing things that we aren’t – or can’t. BUT – there are things that we can do better than any of them; there is a culture that we have, that they don’t. There is a place and a role that God has uniquely given us in the Body of Christ in this place. There is a reason why people come to our church – and it’s not because they don’t know that there are other churches out there.

So I’ve been asking the question: What are the greatest things happening at White Fields church?
And THOSE are the things I want to be focused on. Those are the things I want to turn the dial UP on and make better. Rather than focusing on what we aren’t (yet) – I want to focus on what we ARE and what makes us great, uniquely – and turn up the dial on that! When you start thinking that way, you are no longer “competing” with other churches, but you realize that you are each filling a different role in the Body of Christ.

People wanted David to fight Goliath the way that Goliath was good at fighting. David knew that he could probably do that – but it wasn’t what he was good at. He knew that he wasn’t Goliath. But he also knew what he was: he was David. And he had certain abilities and strengths, that he was uniquely gifted at: he could sling a rock like no one else! So he went out to battle with his strength, and ended up victorious.
It is important to know who you are, who you aren’t – and how God has uniquely gifted and called you. Go to battle with that, and you are much more likely to be victorious.

Leave me a comment below and tell me: What’s the BEST thing happening in your church?