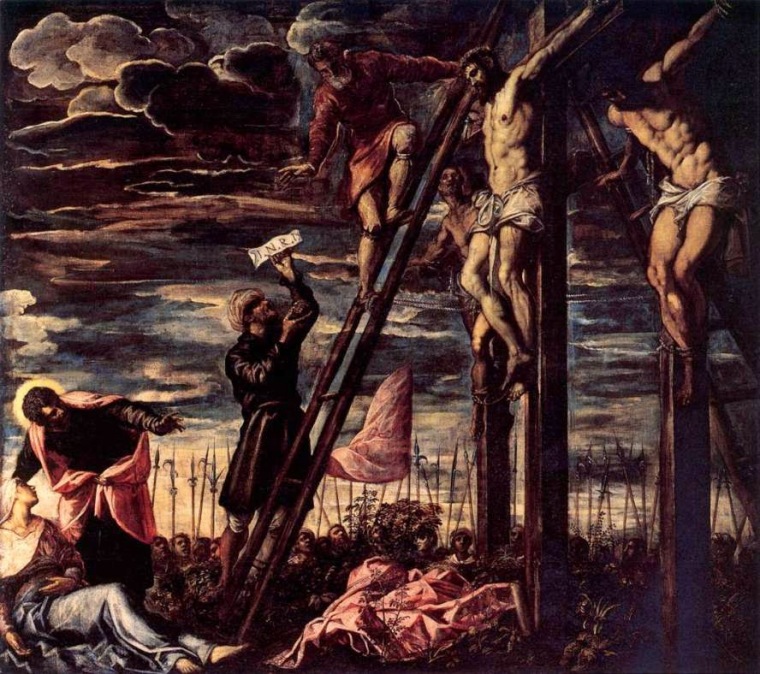 The good news of Good Friday is that “It is finished!” (John 19:30) Because of that, we can rest from our labors of trying to justify ourselves, and we can revel in hope, because not only were our sins imputed to Jesus, but his righteousness was imputed to us.

This is what it means when it says: “For our sake, He (God) made Him (Jesus), who knew no sin, to be sin on our behalf, so that we might become the righteousness of God in Him.” (2 Corinthians 5:21)

It’s the most astonishing exchange of all time: for those who receive Him (John 1:12), all of your sinfulness was placed on Him, and in return all of His righteousness was accounted to you.

Jürgen Moltmann puts it this way:

“When God becomes man in Jesus of Nazareth, he not only enters into the finitude of man, but in his death on the cross also enters into the situation of man’s godforsakenness. In Jesus he does not die the natural death of a finite being, but the violent death of the criminal on the cross, the death of complete abandonment by God. The suffering in the passion of Jesus is abandonment, rejection by God, his Father. God does not become a religion, so that man participates in him by corresponding religious thoughts and feelings. God does not become a law, so that man participates in him through obedience to a law. God does not become an ideal, so that man achieves community with him through constant striving. He humbles himself and takes upon himself the eternal death of the godless and the godforsaken, so that all the godless and the godforsaken can experience communion with him.” (from The Crucified God)

Moltmann goes on to say:

God weeps with us so that we may one day laugh with him.

May your Good Friday be filled with reflection upon, appreciation for and response to what Jesus did for you on Calvary, the ultimate expression of God’s love for you! 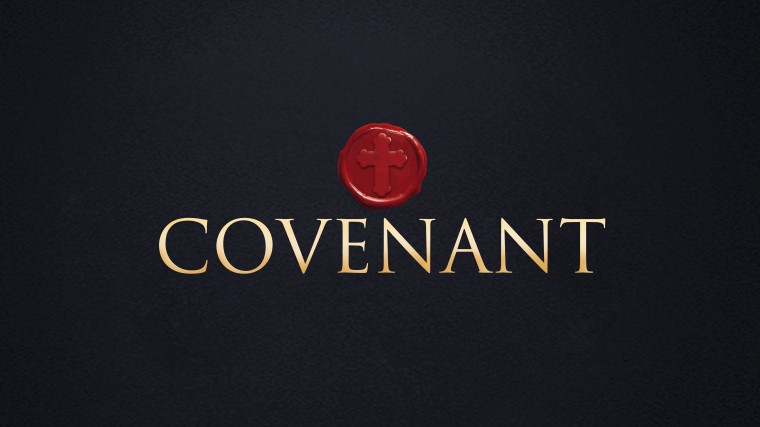 According to the late Ray Dillard, professor of Old Testament at Westminster Seminary in Philadelphia, one of the great themes of the Bible is the question of whether the covenant with God is conditional or unconditional.

It is this question and this tension which drives the Old Testament.

There are places where it seems that God says to his people: “It’s conditional. You have to obey me.  I’m a holy God. I can have nothing to do with sin. If you want to be accepted by me, or have a relationship with me, then you have to obey me.”

There are other places where it seems that God is saying: “No matter what you do, I am going to be faithful to you. I will be there, I won’t give up on you, I will save you.”

So which is it?

In a way, you could say that the entire Old Testament is one big plot thickening, in which the big question is: Can we have a relationship with God? And if so: is our relationship with him conditional or unconditional? Is it that we have to fulfill something, or is it that he loves us no matter what?

So what’s the answer?

The answer is actually not found in the Old Testament. It it when we get to the cross of Calvary that the answer is revealed.

The answer is… YES.

It’s not one or the other, it’s both.

The covenant with God is BOTH conditional and unconditional.

In the death of Jesus on the cross you find that you have to take both the conditions of the covenant and the unconditional nature of God’s love seriously at the same time.

Jesus satisfied the conditions of the covenant on our behalf so that God could accept us and love us unconditionally.

…and twisting together a crown of thorns, they put it on his head and put a reed in his right hand. And kneeling before him, they mocked him, saying, “Hail, King of the Jews!”
– Matthew 27:29

Today is Good Friday, the day on which some 2000 years ago Jesus of Nazareth was nailed to a Roman cross just outside the walls of Jerusalem.

Have you ever wondered why Jesus wore a crown of thorns?

Clearly, the Roman soldiers put it on his head to mock him.  Jesus had been hailed “King of the Jews”,  so the Romans considered him an insurrectionist.

But there is a deeper meaning.

Back in Genesis chapter 3, we read about what happened when sin entered the world. When by their rebellion and disobedience to his commands, people first told God, “we don’t trust you and we don’t want you – we know better than you what is best for us” – as sin entered into the world, it brought with it a curse: the curse of death.

This curse affected all of creation, and amongst the various effects of this curse, we read:

cursed is the ground because of you;
in pain you shall eat of it all the days of your life;
thorns and thistles it shall bring forth for you
– Genesis 3:18

Do you see the symbolism of the crown of thorns?  Thorns, the symbol of the curse of sin and death, were placed upon Jesus’ head because on the cross Jesus was taking our curse upon himself, so that we might be set free from it.

He hung on a wooden cross. Why? Because in his death, he was taking our curse – the curse of sin and death – upon himself.

Christ redeemed us from the curse of the law by becoming a curse for us—for it is written, “Cursed is everyone who hangs on a tree”
– Galatians 3:13

In the same way, the crown of thorns symbolized our curse, which Jesus took upon himself on the cross, so we could be redeemed.

Have a wonderful Good Friday, reflecting on the fact that “It is Finished!”
And don’t forget: Sunday is coming…