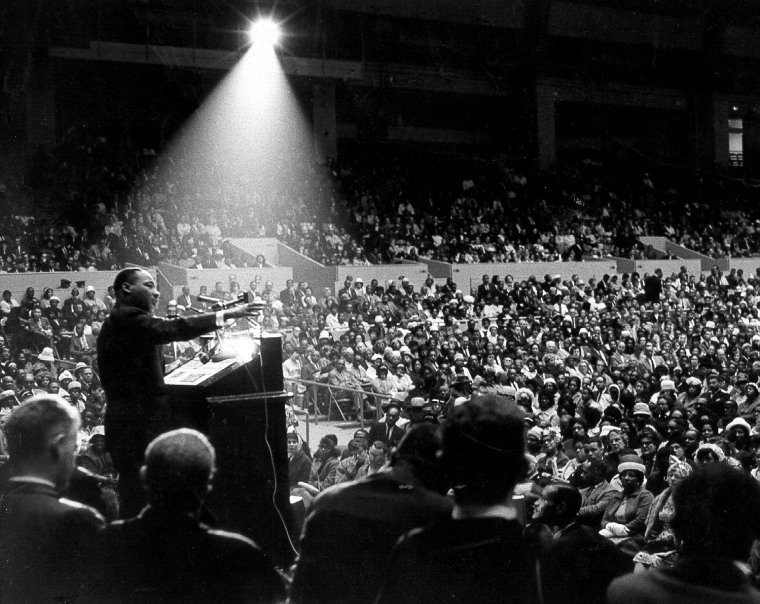 What do Jesus, Martin Luther King Jr., Steve Jobs and Adolf Hitler all have in common?

For better or for worse (in the case of Hitler), they were all incredible speakers, who were able to move people to action with their words.

I recently listened to a great podcast featuring Nancy Duarte, CEO of Duarte Inc., and co-author of the book Illuminate: Ignite Change Through Speeches, Stories, Ceremonies and Symbols.

Having analyzed speeches, particularly those which are exponentially effective in connecting with people and inspiring them to action, Nancy claims that the best speeches, sermons and talks all follow a similar cadence. She describes the pattern as “pumpkin teeth” — having a sequence of lows and highs.

Contrasting the Status Quo with a Vision of a Different Future

Stories that connect, she says, follow this pattern: they build tension and then have cathartic release. Great speeches emphasize contrast between what is and what could be; the speaker goes back and forth between contrasting today’s current reality (status quo) with tomorrow’s possible future. They start with the way things are, and then give them a vision of a different, brighter future.

Nancy, who is a Christian and moved to Silicon Valley with her husband originally to plant a church, points out that Jesus was a master at this kind of communication. In the Sermon on the Mount, for example, Jesus is constantly contrasting the way things are now on Earth, with the way things are and will be different in the Kingdom of Heaven.

Jesus said things like, “You have heard it said… but I say to you…”, and things like “You know that the rulers of the Gentiles lord it over them, and their great ones exercise authority over them. It shall not be so among you. But whoever would be great among you must be your servant,” (Matthew 20:25-26). Note the contrast between what is, and a vision for what could be.

Steve Jobs did this with his keynote speeches at Apple for years. When he introduced the iPhone, he used a hockey analogy to tell people that unlike other tech companies, Apple would always skate to where the puck will be, not where it is – essentially giving them a vision of a brighter future in contrast to the mundane present.

Ending: the “New Bliss” and a Cautionary Tale

Case Study: “I Have a Dream”

Martin Luther King Jr. did this in a masterful way with his “I Have a Dream” speech. He ended with a vision of the world that could be. Take note of the cadence of his speech:

[Positive: the Ideal] Five score years ago, a great American, in whose symbolic shadow we stand today, signed the Emancipation Proclamation. This momentous decree came as a great beacon light of hope to millions of Negro slaves who had been seared in the flames of withering injustice. It came as a joyous daybreak to end the long night of their captivity.

[Cautionary Tale] It would be fatal for the nation to overlook the urgency of the moment.

How this Applies to Homiletics and Preaching

If you want to move people to action, you have to make a clear differentiation between what is now, and the future you’re inviting them into. In order to be persuasive, you must have contrast in some form.

For those who preach or teach the Bible, this is important to keep in mind and take note of, because every time we open the Word of God, we do so with a telos (aim or objective) not only to instruct, but to move people to action and response; to move them away from some things, and towards another thing – faith, repentance, decision, etc.

Paul wrote to the Corinthians: Therefore, knowing the fear of the Lord, we seek to persuade others… God making his appeal through us: We implore you on behalf of Christ, be reconciled to God! (2 Corinthians 5:11,20)

It’s important to keep these things in mind, and see that Jesus himself was the master of this kind of effective communication.

The goal is to present the problem and the solution in a way that truly reveals to the recipient both the urgency of the peril and the beauty of what makes the “good news” of the gospel so glorious, that they might respond in faith and action.

Here is a TED talk that Nancy gave on this topic: