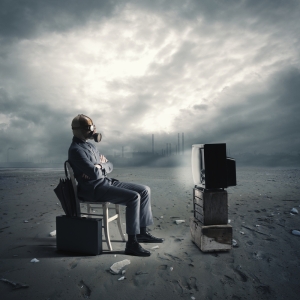 I’ve noticed something: a lot of people are lonely.

I don’t know if it’s particular to Colorado, or even to the United States. I would guess that it isn’t.

In my conversations with people, this is a recurring theme: they are lonely, they wish they had more friends, they find it difficult to connect with people.

From a quick search on the internet, it seems that this is a widespread problem. This article mentions major media coverage of this problem, and there are some interesting causes which they point to: one of them is the Internet, another is the decline in church membership and attendance in recent generations. This article from the New York Times talks about how research has shown that even in social situations where people are surrounded by others, loneliness can be contagious.

It seems clear that people long for deep, meaningful relationships, but struggle to create them.

The 2 characteristics of American society, particularly here in Colorado and the West, are what I call: “Rugged Individualism” and “A Pervasive Sense of Loneliness”.  These 2 go hand in hand: the rugged individualism leads to the pervasive sense of loneliness.

In the US, individualism is considered not only a virtue, but one of the supreme virtues. However, in other cultures, individualism can even be considered a vice, whereas being part of the group is considered a virtue. This comes out in our politics: perennially, there are calls for “an outsider” to come in and “shake things up”. Our culture places value on not needing or depending on anyone but yourself, and looking out for your own needs first above those of the community. It’s an every-man/woman-for-him/herself type of mentality. The result of this mentality is an undervaluing of other virtues such as loyalty and self-sacrifice for others outside of your immediate “tribe” (usually a nuclear family). When people do meet up with other people, they tend to be very careful to put their best face forward, showing their strength rather than being vulnerable. Americans tend to be very generous, which is good, but sometimes the motive behind generosity can be a way of showing strength: that “you are weak, and I am helping you, because I am strong”.

2. Isolation is one of the results of “the Fall”

The Book of Genesis begins by presenting the “ideal”:  God and humankind, in relationship with each other, in a world where death and sickness, malice and sin do not exist. However, when humans decided to rebel against God, not only was the natural harmony ruined, but the results were: shame, fear and isolation.

The results of “the Fall” were: shame, fear and isolation.

This isolation was not only isolation from God, but it also involves isolation from each other. People fear intimacy, often in large part because they are afraid to really be known, lest their shame be revealed or discovered. Isolation and the breakdown of community is one of the results and repurcussions of sin in the world.

3. A Culture of Fear and an Obsession with Privacy

One thing that stuck out to me when I moved back from Europe, was the degree to which people here in the US are concerned about their privacy. People tend to be very cautious with who they give their address or phone number to, who knows where they live, how much they let people know about themselves. For a people who pride ourselves on being “free” – we are particularly captive to fear in many areas of our lives, and quite obsessed with privacy.

My take on it personally, is: if someone is watching my every move, 1) they are going to be very bored, and 2) they are going to see me live a Christian life, and hopefully hear a lot about Jesus.  I always think of the Proverb: the righteous is as bold as a young lion, but the unrighteous runs even when no one is pursuing (Proverbs 28:1)

Being obsessed with privacy leads to being afraid of intimacy in relationships – which hinders friendships from developing. People are afraid of sharing too much about themselves, afraid of inviting others into their homes, etc.

Here are a few thoughts on how to combat this pervasive sense of loneliness:

Begin with the Assumption, that Everyone Else is Lonely Too

…because the great majority are. Most people I talk to are lonely, yet they assume that everyone else has tons of friends, and that their loneliness is unique to them. It’s not. Reach out to others, because most of them are lonely too.

Many people believe that they can be either fully known or fully loved, but not both – because if someone was ever to really know everything about them, they could not possibly love them. The message of the gospel though, is that God knows you better than you even know yourself, and yet, he loves you more than you can even imagine; so much so that he was willing to suffer and even die for you.

That love, perfect love, the Bible says, casts out fear (1 John 4:18). If you know that you are fully loved and fully accepted, and that you have nothing to fear, neither in life nor in death, then you are truly free. With a God who is both sovereign and wholly committed to our good, Christians should be the most bold, fearless people in the world, as they allow the gospel to address each and every fear that they have.

Furthermore, Jesus told us that the real life that we desire is found not in seeking our own fulfillment, but in laying down our lives – as he did – for the sake of something greater than ourselves: e.g. God’s mission, and the good of other people.  In other words: what most of us are looking for is something which can only be found indirectly: it is not in seeking friends that we find friends, but in serving others. I’ve found that when you pour our your lives for others, you find yourself surrounded by people, and paradoxically, it is in pouring yourself out that you become full, rather than empty.

When you embrace the gospel, you become a changed person. And as changed people, we are to live out the principles of God’s Kingdom together as a new community, that doesn’t function on the same basic principles of community at large.

How about you? Do you feel this “pervasive sense of loneliness”?  What causes do you see – and what solutions?  Feel free to share your thoughts below.