Our church’s Easter outreach made the local papers in Longmont and Boulder.

Article in the Longmont Times-Call.

Photos in the Boulder Daily Camera.

The past 2 Sundays White Fields Church and yours truly have been mentioned in the local newspapers in Boulder and Longmont.

Last Sunday I was honored to be featured in the Times-Call's annual 100 People of the St. Vrain Valley, in which I got to share about mission work in Hungary as well as what I enjoy about being a local pastor here in Longmont. You can find that article online here.

This past Sunday, White Fields' annual Easter Outreach in Roosevelt Park was reported on by both the Boulder Daily Camera and the Longmont Times-Call. Check that article out here. 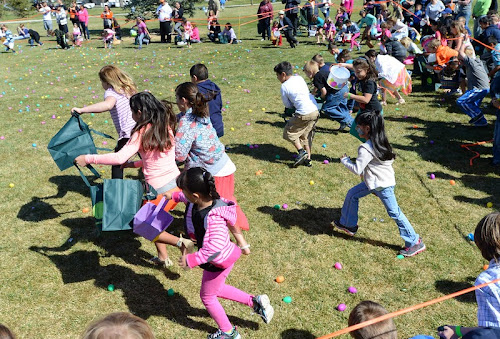 Sometimes you can't be sure how what you say to reporters will actually get reported, but I was very pleased with how the Camera and Times-Call reported what I said.

I was surprised to see today that the Longmont Times-Call posted an opinion article by a Longmont resident on the topic of when an unborn child becomes a true person – since this is a controversial topic which is very much at the heart of debates over abortion and human rights.

I was even more surprised when I realized that the article was advocating for seeing fertilized eggs as fully human – not what I had expected to find when I saw the title of the article.

The author, Brad Jolly, is writing in response to atheist doctor Richard Juday, who believes that humanness develops over time.

Check out the article – I found it surprisingly refreshing, especially that it appeared here in the local paper: http://www.timescall.com/columnists/opinion-local/ci_26964706/brad-jolly-fertilized-human-eggs-are-human

Thank you Longmont Times-Call for representing a broad spectrum of viewpoints!

A narrowly divided Supreme Court upheld decidedly Christian prayers at the start of local council meetings Monday, declaring them in line with long national traditions although the country has grown more religiously diverse.

Yes, our country is increasingly diverse, and we should respect that diversity, but I think this is a victory for the American people.

What do you think?  Take this poll over at the Longmont Times-Call, and see what other people think.

Longmont seems to be in the news a lot in Colorado, but often for the wrong reasons. A few weeks ago a man stole a car in Longmont and led police on a high speed chase. This week a meth flop house was raided and shut down. There have been fatal stabbings and shootings. One can easily get the impression that Longmont is not a safe place to live.

One of my favorite features in the Longmont Times-Call is Johnny St Vrain, a column where readers can email in questions and get answers about anything Longmont.

One writer recently wrote in concerned about the question of public safety in Longmont. Check out that article here. The long and short of it?: Despite the bad press, Longmont is one of the safest places to live in the State of Colorado.

Here's a highlight from the article:

Longmont is statistically one of the safest cities in Colorado, a fact the Times-Call has reported. In December 2011, the city was named the second safest city in Colorado, based research by the magazine CQ. Last year, the Times-Call reported that major crime rates in Longmont have dropped 48 percent in the past decade, based on Colorado Bureau of Investigation and the Federal Bureau of Investigation numbers.

I have always felt safe in Longmont. This is a city of 90,000 people where if a bicycle gets stolen they report it in the newspaper! That says a lot about the city right there! In other places I've lived, I've had my house broken into, I've been mugged, robbed, assaulted – I even had a bicycle stolen, but those things didn't count as “news” in those places. Safe to say that Longmont's pretty safe.

How safe do you feel in Longmont?

As a pastor, there are a few things you are expected to blog about at Thanksgiving:

This week, the Longmont Times-Call ran an article about a woman who is heading up an initiative to take turkey sandwiches to employees of businesses that are open for sales on Thanksgiving day. Nice, right? Well, the lady heading it up also mentions in the article that she is planning to take her family out to eat at a restaurant on Thanksgiving day, so they can spend time together rather than spending the day cooking. Um… is she the only one who doesn’t see the irony in that? In the comments section, she claims that the difference is that retail workers ‘have to be there on Thanksgiving even though they would rather be with their families.’ I guess the restaurant workers are at work by choice on Thanksgiving day…and wouldn’t rather be home with their families?

Here’s my take on Black Friday – sales are awesome. But we should limit this whole thing to the internet. That way everyone can stay home with their families, and we can all get great prices on stuff without having to leave the house or wait in line in the cold at night. I think it would be a win-win.

Hope you have a great Thanksgiving!

I will give thanks to the Lord with my whole heart; I will recount all of your wonderful deeds. (Psalm 9:1)

In case I forgot to mention it: Thanksgiving is the best holiday ever.

Article in the Longmont Times-Call about Project Greatest Gift

Last week I wrote a post about an initiative that White Fields Community Church is doing to bless children in foster care at Christmastime.

The Longmont Times-Call newspaper featured Project Greatest Gift and some other Longmont holiday initiatives in this article.