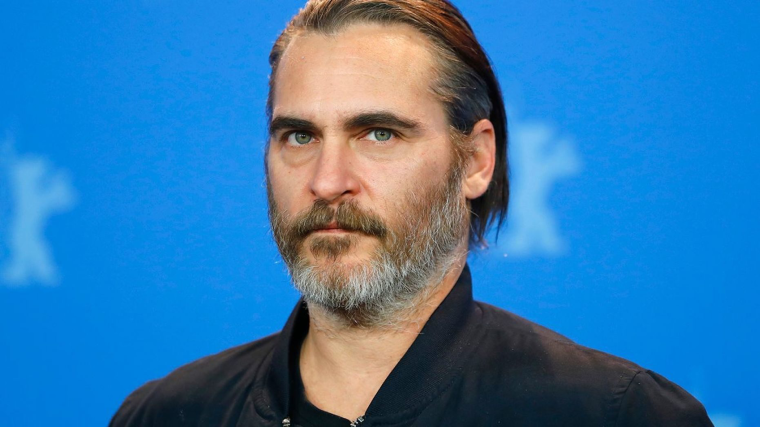 Joaquin Phoenix is playing Jesus in the film “Mary Magdalene,” which releases this week on Good Friday, and attempts to look at the story of Jesus through the eyes of Mary Magdalene.

The movie takes a few liberties with the story, however. For example, in the case of the healing of the blind man in John 9, the man is replaced by a woman, and Joaquin Phoenix refused to act out how the actual miracle took place: by making mud with saliva and dirt, and rubbing it on the blind man’s eyes.

Having said these things, he spit on the ground and made mud with the saliva. Then he anointed the man’s eyes with the mud and said to him, “Go, wash in the pool of Siloam” (which means Sent). So he went and washed and came back seeing. (John 9:6-7)

Here’s what Phoenix told CNN about why he wouldn’t reenact this particular miracle:

“I knew about that scene from the Bible, but I guess I had never really considered it. When I got there, I thought, ‘I’m not going to rub dirt in her eyes. Who the f— would do that?’ It doesn’t make any sense. That is a horrible introduction to seeing.”

Instead, Phoenix chose to lick his thumb and rub the woman’s eyes. [source]

However, I think that Joaquin Phoenix, in claiming to know better than Jesus, is actually detracting from a major aspect of what made that miracle significant.

On my recent trip to Israel, I had the opportunity to visit the Pool of Siloam, which is currently being excavated. I even had the chance to teach about this miracle from John 9, right on site to our group.

One of the key features of the parable is that the way Jesus healed this man required the man to respond in faith to what Jesus did and said. Jesus didn’t simply touch this man and he was healed; he did something which would have seemed odd and confusing (applying mud to his eyes) and then told him to do something which also seemed to not make sense: to go and wash in the Pool of Siloam.

The Pool of Siloam was originally used to provide water for the Temple. Water was brought from outside the city, via the Gihon spring, through Hezekiah’s Tunnel, to the pool, where it was collected. In the time of Herod the Great, other pools were created, closer to the Temple, such as the Israel Pool, and those were used in the service of the Temple instead; the Pool of Siloam was then used as a public mikvah, or ritual bath, used for Jewish purification rites.

Here’s why the way Jesus performed this miracle matters:

1. It required the man to respond in faith and obedience

Faith has been defined as “trusting God enough to do what he says.” This man had probably washed his face many times in his life; how would washing mud off his face on this day help him see? It didn’t make sense, and yet that’s kind of the point: it required faith for him to obey rather than cynically refuse to do so, saying “Why would that help?” or “Why would today be any different?”

2. It communicated a theological message

The theological message implicit in Jesus covering this man’s eyes with dirt and telling him to wash in a ritual bath, was that we need to be cleansed.

But beyond that, here is Jesus – God incarnate – the one who created humankind out of the dirt of the Earth, yet we are now broken and fallen as a result of our sins and failures. And so here is the creator, come to us to heal our brokenness, once again putting his hands in the dirt and re-forming that which has become broken.

It’s a powerful picture. What a shame that Joaquin Phoenix doesn’t get it and robs the audience of it.

3. It was public, not private

When this man was healed in this public pool, many people would have seen it, as John 9 tells us they did. This was not a private thing between Jesus and this man; it was done for all to see, to bring glory to God.

Let’s stick with letting Jesus’ words and actions stand on their own!

Here’s the trailer of the Mary Magdalene movie:

8 thoughts on “Joaquin Phoenix is Playing Jesus, but Refused to Reenact One of His Miracles”