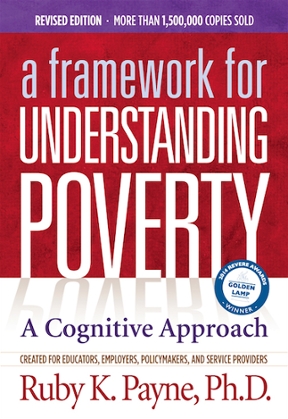 This book: A Framework for Understanding Poverty, was recommended to me by Aaron Campbell, who pastors a church in urban Philadelphia: https://antiochphilly.org

While the book is written primarily for educators to understand and help students in poverty, the research and principles outlined in the book have a much broader application.

Poverty is a Theological Issue

Poverty is not only a political and economic issue, for Christians it is also a theological issue. What the Bible has to say on the topic of poverty goes far beyond the statement that “the poor you will always have with you.” (Mark 14:17)

Taken on its own, this statement of Jesus is often used to say that poverty isn’t something that we as Christians need to care about, since we will never succeed in eradicating it prior to the return of Jesus. However, taking a broader look at the Bible reveals that God has a lot to say about poverty.

For example, the books of the minor prophets, particularly Amos, chastise the people of God for not caring for the poor, and even exploiting them. See Amos: Faith that Works.

Amos is not alone in this message, however. We can say that poverty is a result of the fall, i.e. sin in the world. Like sickness, it is a symptom of the present fallen human condition which Jesus will ultimately make right.

Going all the way back to the Law of Moses and throughout the prophets, the message is that God’s people are to watch out for what is called “the quartet of the vulnerable,” i.e. the most vulnerable people in society, who in their case were: widows, orphans, sojourners, and the poor. Provisions were made in the Law of Moses to prevent systemic poverty and to provide for the needs of those who wound up in poverty as a result of their own choices.

Ruby Payne describes poverty as a lack of access to resources. She explains that poverty is relative to location, but that there are certain behavioral patterns which characterize those in poverty which are true across cultures and national boundaries. Interestingly, to prove this, the author did research not only in urban settings in the United States, but also rural settings and internationally, including in Hungary and Slovakia, places I am very familiar with from having lived in North-East Hungary, near the border with Slovakia. I recognized some of the characteristic behaviors she described both in people I worked with in Eastern Europe, as well as in my own family of origin.

She began the book by dispelling many myths about poverty, such as that poverty is the result of laziness, or that it is limited to minority populations or urban areas. She then went on to describe some of the hardships those in generational poverty (two or more generations) face which often prevent them from escaping. Generational poverty can have damaging effects on the brain, as the constant struggle for survival and the presence of different kinds of predators can prevent the development of skills which are needed for the kinds of success in life which allows someone to escape poverty.

Understanding poverty as a lack of resources is important, because it means – as Payne states – that poverty is not mostly about not having money. It is most significantly about relationships.

The Importance of Faith Communities in Relieving Poverty

Payne states that the most important factor that can help those in poverty is for them to be part of a faith community. This is both because of the spiritual resources which provide hope, or “a future story” as Payne calls it, as well as the social and supportive aspects. This is part of the reason why Paul the Apostle is able to say that though he had no money, in Christ he was rich. For more on this, see the recent message I gave on this topic: The Soul Felt Its Worth

May we as the people of God have the heart of God towards those who are weak and vulnerable in our society, and may we act of His hands and feet!

I found this book very insightful, and I recommend it for anyone looking for a balanced and research-backed approach to understanding this important issue.

One thought on “Book Review: A Framework for Understanding Poverty”