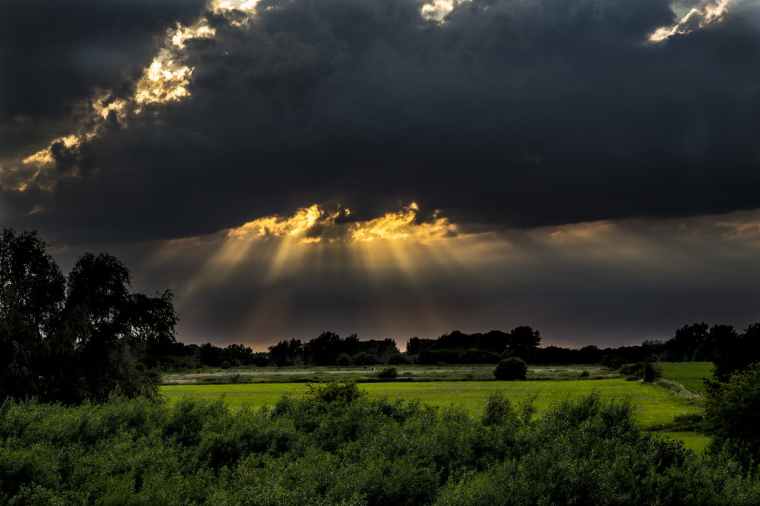 Earlier this year I added a page on this site where readers can submit questions or suggest topics (click here for that page). Recently I received this question:

The end sounds so perfect and beautiful but we still have not seen the last of satan because it says he will be released for a short time. Why? Does he finally repent and come back to God or does he get out and give God the finger and go back to hell?

The section of Scripture you are referring to is Revelation 20, which describes, in apocalyptic language, a few things that will happen leading up to the final judgment:

2. Christians, but not non-Christians, are raised from the dead to reign with Christ for this thousand year period. (Revelation 20:4-6)

In 2 Timothy 2:12, Paul encourages the believers that “if we endure, we will also reign with him.”

3. When the thousand years are ended, Satan will be released from his prison and will come out to deceive the nations and lead a war against the saints in Jerusalem. (Revelation 20:7-9)

4. Satan will be defeated by God and thrown into the lake of fire. (Revelation 20:10)

For more on the difference between Hell (Hades) and the Lake of Fire (AKA “the second death”), check out: Did People Go to Heaven Before Jesus’ Death & Resurrection?

Three Views on the Millennium

There are three main views on the thousand year period of time described in Revelation 20. Here’s a summary of each:

Believe Christ will return “pre” (before) the millennium (Latin for 1000 years). Premillenialists understands the millennium to be a future time of great peace and justice, a literal 1000-year period which will begin when Christ returns to reign on earth as a physically present King.

Believe that Christ will return “post” (after) the millennial period. Postmillenialists think that before Christ returns to earth, the gospel will spread and triumph so powerfully that societies will be transformed and peace and justice will reign on earth for a thousand years (or for a long period of time), after which Christ will return for the final judgment.

Those who hold an “a” (non-literal) millennial view believe the thousand years described in Revelation 20 is the present church age, and that there will be no future “millennium” before Christ returns for the final judgment.

The nature of the binding of Satan is important to the three millennial views. Premillennialists read this as predicting a complete removal or restriction of Satan from the earth during this golden age of social righteousness, international peace, and physical well-being, with Christ reigning on earth. They argue that the phrases “shut it” and “sealed it over him” picture a removal of Satan from the earth too complete to represent the current age.

Postmillennialists also think this will be a future golden age, but that Christ will not return until the end of that time. Amillennialists believe that the Jesus’ first coming has already bound Satan and brought God’s light to the nations, therefore they argue that this binding of Satan for “a thousand years” refers to the gospel’s spread among all nations during the present age, and to the present restraint of the church’s persecutors until an outbreak of rebellion before Christ’s return.

I would agree with the pre- (and post) millennialists, that it is quite a stretch to say that Satan is currently bound; watching the news for 5 minutes will show you that evil is very present in our current day, and the New Testament speaks about Satan being active, for example: 1 Peter 5:8 says “Be sober-minded; be watchful. Your adversary the devil prowls around like a roaring lion, seeking someone to devour. Resist him.” If Satan is bound, then why does it say that he prowls around, and he must be resisted?

Each of these views falls within the realm of Christian orthodoxy and are based on different ways of interpreting this text along with other texts in the Bible.

Why is Satan released at the end of the thousand years?

It seems that the purpose of Satan’s release is one last temptation, to address the question of whether people have been following God because they were not tempted, or because they truly loved God.

The End is Beautiful

You mentioned that the end seems so perfect and beautiful, but we haven’t seen the end of Satan. I guess that depends on what you mean by “the end.” I would say that Revelation 20 doesn’t describe the end, but only the beginning of the end. It is in Revelation 21 that we see the true end, about which we are told:

Then I saw a new heaven and a new earth, for the first heaven and the first earth had passed away, and the sea was no more. And I saw the holy city, new Jerusalem, coming down out of heaven from God, prepared as a bride adorned for her husband. And I heard a loud voice from the throne saying, “Behold, the dwelling place of God is with man. He will dwell with them, and they will be his people, and God himself will be with them as their God. He will wipe away every tear from their eyes, and death shall be no more, neither shall there be mourning, nor crying, nor pain anymore, for the former things have passed away.” (Revelation 21:1-4)

This is the hope that we hold onto and look forward to, and we rejoice in the fact that the day is coming very soon (James 4:14 says that this life is but a mist which appears for a moment and then is gone) when Satan will be defeated and all evil and suffering will be no more, forever.

That is the glorious hope that we hold onto, which puts everything in perspective!

2 thoughts on “Why is Satan Going to Be Released at the End of the Thousand Years?”