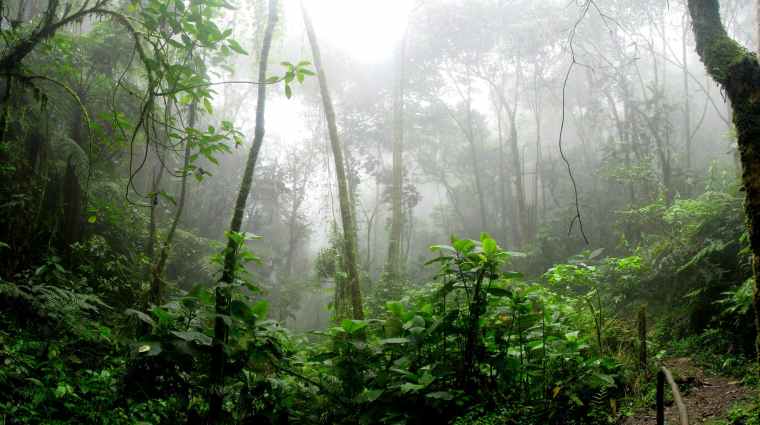 From a purely evolutionary perspective (if one holds that view), these practices can be seen to have evolutionary advantages, namely the propagation of the genes of the strongest and most aggressive males, rather than the weaker, more passive males.

The Limits of a Purely Scientific Worldview

In her book, Confronting Christianity, Rebecca McLaughlin points out that whereas science can describe the way things are, and the reasons why people do things, it does not speak to the way things ought to be, e.g. ethics and morality.

Science can tell us how things are. It can explain why, for instance, a man might have the drive to commit a sexual assault as an effective means of propagating his genes. But it cannot tell us why he would be wrong to succumb to that drive.

We can conduct sociological calculations to see what behaviors turn out better for the group and decide that sexual assault yields a net negative in the overall happiness of the tribe. But to call rape wrong, we need a narrative about human identity that goes beyond what science or sociology can tell us.

She points out that if we as human beings are nothing more than what can be described by science, and our story is nothing more than the evolutionary story, then we have no grounds for insisting on human equality, protection of the weak, equal treatment of women, or any of the other ethical beliefs we hold dear. [3]

In other words, we need something more than science and sociology to answer the questions of who we are and why we are here. If these questions arise merely because of feelings which are ultimately just figments of our imagination, and there is in fact no greater meaning to our lives or purpose for our existence, then we cannot justifiably claim that anything, including rape, is really wrong – nor that our feelings, such as love, have any real meaning at all.

But as McLaughlin points out,

Christians ground human uniqueness on the biblical claim that we are made in the image of God. Just as God calls creation into being, so he calls humans to serve as his representatives on earth, in special relationship with their Creator and with each other, and charged with moral responsibility. To maintain their beliefs about goodness, fairness, justice, and so forth, a secular humanist too must hold that humans are moral beings, distinct from other primates.

Currently at White Fields, we are in the midst of a series called, I Could Never Believe in a God Who… (click here for a link to our podcast)

The first message in this series was one about the question of whether Christianity encourages the suppression of women and minorities, in which we looked at the issue of what it means to be created in the image of God, and what this means for a biblical understanding of human personhood, equality, and gender roles. (Click here to listen to that message)

This coming Sunday we will we looking at why the Bible matters, and why “crowd-sourcing” our ethics – i.e. the idea popular today that we don’t need an outside source such as an ancient book to tell us how to live our lives – is a flawed theory, doomed to failure – as can be seen by looking at modern history.

So…Again: Why is Rape Wrong?

To answer the question in the title of this post, rape is wrong because it is an assault against a human being who is endowed with dignity by nature of being created in the image of God, and is also an affront to the God who created us in His image and gave us His moral code by which to live. The way to be happy and successful, both as individuals and as a society, is by submitting to this fundamental design of our creation.

4 thoughts on “Why is Rape Wrong?”