Two years ago I went in for my yearly check-up and was told that I am pre-diabetic. The doctor also told me I had high blood-pressure and high cholesterol, neither of these were news to me; I had been told this since I was in high school.

I decided to take up running, if for no better reason than that I felt that it gave me the best workout in the least amount of time – despite the fact that for years I had said that I would never run, unless someone was chasing me or I needed to catch a bus.

Over the past 2 years I have slowly but surely built up my running distance and times. I don’t know at what point you get to call yourself a “runner”; whenever I start to feel that I’m making progress, I meet people who are light years ahead of me. However, I recently bought a pair of actual running shorts… so there’s that.

Currently I run about 15-20 miles per week. This month will be my first month running over 70 miles in a month. My 10k time is now down to 52:40 and my goal is to run a half-marathon next year. 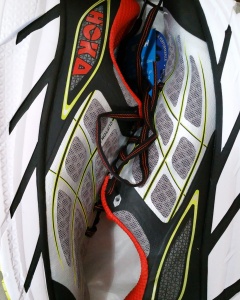 I just got a new pair of running shoes this week. While I was shopping for them, the workers in the shop were talking about a 50k race they ran on Saturday, and then a friend of mine told me that he is running a 100k race next year…
I’m probably never going to make it to that level (nor do I desire to), but here are some things that running has done for me:

Jonathan Edwards and others have pointed out the correlation between physical health and spiritual and mental health. The advice Jonathan Edwards gave to those struggling with “melancholy” (what we might call depression) was that they begin with making sure they are eating a healthy diet, getting sufficient rest and physical exercise along with spiritual disciplines such as prayer, reading of Scripture and participation in a local church.

Running has been good to me. I recommend it.

5 thoughts on “What Running Has Done for Me”