One of the most characteristic songs of the Christmas season is Joy to the World. It’s sung by carolers and played in instrumental pieces all over the world, and wherever its famous tune rings, it sets the tone of Christmas.

Except… this quintessential Christmas hymn isn’t actually about Christmas. 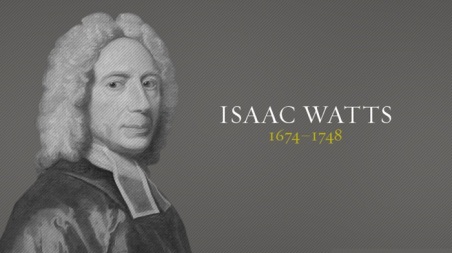 Written by Isaac Watts and first published in 1719, Joy to the World was a hymn Watts wrote based on Psalm 98, which describes the eternal kingdom which God promised to one day bring about via the Messiah.

Watts, in writing this hymn, considered Psalm 98 along with the New Testament writings about Jesus’ second coming, and wrote this song – which is all about what the world will be like when Jesus comes again.

In this sense, we can say that Joy to the World is an Advent hymn, even if it is not necessarily a Christmas hymn.

Advent is the four weeks leading up until Christmas, during which Christians have historically focused their hearts and mind’s on Jesus’ coming. The word Advent comes from the Latin phrase Adventus Domini, which means: ‘the coming of the Lord.’

During the Advent season we do two things:

And so it is in this latter sense that Joy to the World is absolutely an Advent hymn, as it looks forward to the second coming of Christ, when nature will sing and Jesus will rule as King over all.

Another thing you may not know about the hymn Joy to the World is that it was originally set to a different tune than the iconic one that we associate with it today.

Over 100 years after Isaac Watts originally wrote the song, a composer named Lowell Mason, inspired by Handel’s Messiah, wrote the melody which we know today. He titled this musical piece Antioch, but it didn’t have any words to go with it.

For three years Mason searched for the right words to fit his melody, finally settling on Isaac Watts’ lyrics for Joy to the World, and the rest is history.

Joy to the World: An Advent Series

This Advent at White Fields Church in Longmont we are doing a series for the month of December, including Christmas Eve, called Joy to the World, in which we will be looking at how the gospel brings lasting, powerful joy into our lives which overcomes sorrow and cannot be taken away.

Yesterday was our first message in that series, which came from the Gospel of John chapter 16 and was titled “Your Sorrow Will Turn Into Joy.” For the audio of that message, click here.

We’d love to have you and your friends and family join us at White Fields this Advent and on Christmas Eve. Our services will be at 4:30 & 6:00pm at the St. Vrain Memorial Building at 700 Longs Peak Avenue in Longmont, Colorado. For more information and directions, click here.