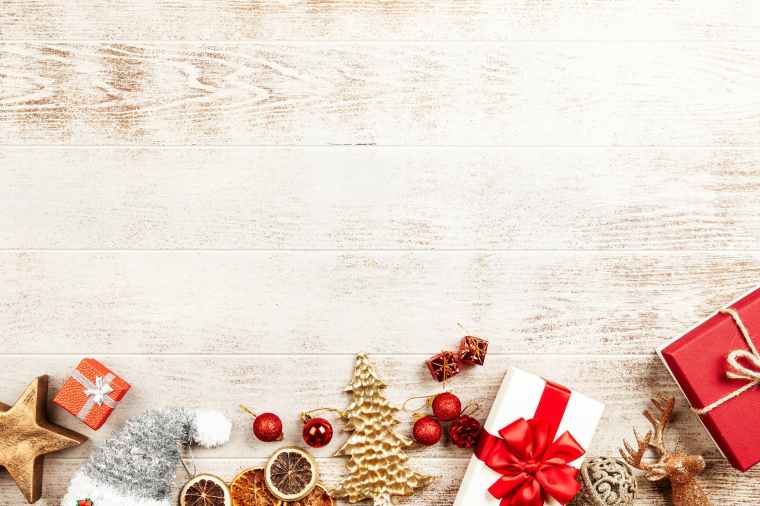 I hope I won’t ruin Christmas for you if I tell you that Jesus was almost certainly not born on December 25.

Unlike Easter, which we know corresponds to Passover, and therefore we can be quite sure of when it happened, the Bible doesn’t actually tell us what time of year Jesus was born. Based on the placement of stars in the sky and the fact that Luke tells us that shepherds were watching their flocks by night, many scholars believe that Jesus was likely born sometime in September – since in late December it would be too cold even in Israel for shepherds to sleep outside overnight with their flocks.

What then is the reason we celebrate Jesus’ birth at the end of December (or in early January for the Eastern Church)? The reason is historical rather than biblical, and this has led some to conclude that Christmas is pagan in origin and therefore Christians should have nothing to do with it. I do not agree with that view. Let me explain why.

For a related topic, check out: Does Easter Come From Ishtar?

The Winter Solstice and Saturnalia

December 25 often corresponds with the shortest day of the year. In animistic and pagan communities, the winter solstice was/is often celebrated as a holiday. Pagan Romans celebrated Saturnalia at this time, which was a week-long celebration of lawlessness, lewdness, and hedonism during which people were exempt from punishment for acts which were usually punished as crimes. [1]

Christianity was considered an “illicit religion” until the Edict of Milan (AKA the Edict of Toleration) in 314 AD under Constantine. It was a generation later, under Theodosius I that Christianity became the official religion of the Roman Empire. Long before this, however, Christianity had already become the dominant faith in the empire, particularly in the urban centers.

As part of the official Christianization process, the Winter Solstice and Saturnalia celebrations were banned, and this time period was designated as the time in which Christians would celebrate the birth of Jesus into the world. Christians at this time understand that this was not Jesus’ actual birthday, but simply the time of the year which was set aside to remember and celebrate the incarnation: the coming of God into the world “in the flesh” in the person of Jesus Christ.

Should Christians Not Celebrate Christmas Because of the Origin of Christmas?

There is certainly nothing requiring anyone to celebrate the coming of Jesus into the world at the end of December. Ideally, a Christian should celebrate this event every day of the year. Since none of us know the actual date of Jesus’ birth, what matters is that we celebrate it, not when we celebrate it.

The meaning of a holiday is determined by what people are celebrating. No one who believes they are celebrating the birth of Jesus on December 25 is inadvertently or accidentally worshiping pagan gods or condoning paganism or hedonism by celebrating the coming of Jesus into the world on a day which was formerly used by pagans for a celebration of a completely different nature and meaning.

Paul the Apostle said, “Therefore let no one pass judgment on you in questions of food and drink, or with regard to a festival or a new moon or a Sabbath. These are a shadow of the things to come, but the substance belongs to Christ.” (Colossians 2:16-17)

If you celebrate the substance of Jesus Christ and his coming on December 25, then it does not matter what other people might have used this day for in the past.

The repurposing of this cultural holiday in the 4th Century was viewed by Christians as the redeeming of a day for the worship of Jesus which had formerly been used for the celebration of the work of the devil.

Infusing it with new meaning, Christians saw significance in celebrating the coming of Jesus into the world on the darkest day of the year, after which everything becomes brighter. They connected this with the biblical picture of the coming of Jesus into the world as the beginning of “dawn” (see 2 Peter 1). Dawn is the time when when light breaks the darkness of night, beginning the unstoppable process of the eventual cresting of the sun over the horizon giving rise to a “new day” – at which time the darkness will be driven away completely.

For more on this, check out: Advent Meditations: 2 – The Dawn

While there is no biblical requirement that anyone celebrate the coming of Jesus on December 25, it is a unique time in which people in our society, and now all over the world, including those who are not Christians, are uniquely focused on Jesus. No matter how much society has tried to make Christmas about other things, it is still recognized that, at bottom, this celebration is about the coming of Jesus into the world.

Statistics have shown that this is the time of the year when people who don’t usually attend church are most likely to accept an invitation to a church service from a family member or friend.

To not take advantage of this unique cultural opportunity for the sake of God’s mission is, in my opinion, a mistake.

Jesus himself did something similar: in the Gospel of John chapter 10, we read about a time when Jesus went up to Jerusalem in the winter for the Festival of Dedication (Hanukkah), a festival which does not have its origin in the Bible. Yet Jesus took advantage of this cultural celebration in order to draw attention to himself and why he had come as the shepherd of God’s people (a Messianic title). I believe this sets a precedent for us to use appropriate cultural celebrations as missional bridges between the gospel and people in our societies.

May God help us to make much of Jesus this Christmas season!

2 thoughts on “Is Christmas Pagan in Origin?”