In the wake of the Vanity Fair cover of a 65 year old Bruce Jenner who has changed his gender and his name to “Caitlyn”, social media has been full of people responding on both sides of the issue. Many are bemoaning where our culture has come to, others celebrating this as progress. 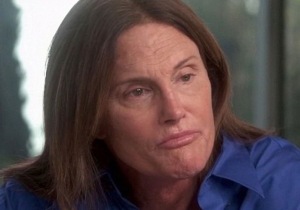 To me the most insightful response has been one posted by a friend and a reader of this blog. This friend pointed out that Jenner stated his desire for a new start. Jenner’s son has been quoted as saying that he hopes Caitlyn will be a better father than Bruce was. Others on social media have been commenting on the significance of the name “Caitlyn” – with a C rather than a K: that it is an intentional departure and separation on Jenner’s part from the Kardashians and their names which all begin with K.

It seems clear that, as Jenner has stated, he wants a new start – a new life. He wants to be a new person.
But isn’t that what all of us truly desire deep down in our heart of hearts?

Jenner has experienced success that many people only dream of, but yet he feels such a deep dissatisfaction with himself that he has now undertaken the greatest transformation medically possible. What does this show us if not to confirm the great theological truth that all people have a deep (and correct) sense that something is fundamentally wrong with them.

Bruce Jenner is not the first person to have a sex change opperation, and surely many others have done it for many of the same reasons: they desire the most extreme form of a new life that modern medicine can manufacture. However, history has shown that people who have gotten these opperations tend to greatly regret it, with a huge and disturbing percentage of them restorting to suicide.

Jenner has been called a “hero” for coming out. When I look at him what I see is a desperately sad and depressed individual who happens to have the money to do whatever he wants – in this case buy himself a “new life”. I’m sure the “new car smell” will wear off with time, the media will move on, and then Jenner will be left with: himself/herself, and the root issue will not have been dealt with.

Jenner has only affected the surface; he has not actually become a “new person” – as is his desire. There is only one way to truely become new – so new in fact that you need a new name. That happened to many people in history: Jacob became Israel. Simon became Peter. Saul became Paul. They were all truly transformed, not on the outside, but on the inside. That’s what all of us really need and ultimately desire.